Studies show that there are significant differences between men and women in the field of raising capital for enterprises. Women are able to get more consent to fund their ventures than men, their discourse with investors is different, and ultimately their projects survive longer.

We live in a wonderful time for women entrepreneurship. In 2008, a quarter of the companies that successfully fund-raised through the ExitValley platform were founded and managed by women. Furthermore, fundraising campaigns led by women have had an astonishing 86% success rate.

The Difference Begins With the Approach

Studies and data show that there are differences in the way entrepreneurial men and women raise capital. In the first stage, proof of concept, both men and women start with their personal money, or they acquire it from family and friends. The difference emerges when both start fundraising from outside investors. After showing that the product works and has market value, men will often turn straight to venture capital funds, while women tend to take smaller steps: they start with loans from the bank, then approach small angels and strategic partners, and only later do they turn to VCs.

Studies show that women are more likely to raise capital in alternative ways. They use crowd-funding platforms, investment platforms, turn to angels through acquaintances and finance their venture slowly and gradually.

Edith Goldberg, CEO and founder of Escala Medical, who has completed a successful campaign through ExitValley, is an excellent example of how women tend to raise capital. She herself has raised the money for her company gradually, through small investors and fundraising campaigns, and only now, at a relatively late stage of the process, is turning to a venture capital fund. Women Ask for Money When They Know They Will Get it

Another difference between men and women when raising money for ventures has to do with nuances. Studies show that female discourse is completely different from masculine discourse.
Women act discreetly; only when they are sure of receiving the money do they act openly. They ask for help and immediately offer a return.
On the other hand, men seek risk and do not offer compensation. They say, “This is what I need, let's start the cooperation.”

According to studies, many women derive the confidence to raise capital from a formal education; they feel it gives them necessary credentials – proof they know what they are talking about.

Unlike women, men rely on "informal learning" environments for raising money - they get involved with accelerators, innovation centers and incubators, where they seek to make strategic connections by networking, and enter the closed circle of venture capital funds.

The stage at which women entrepreneurs approach VCs is different from that of men, but the motivations are also different. Men usually turn to fund-raising for the purpose of product innovation, while women do it to boost the enterprise – hire more employees and bring more customers. Finally, studies show that after the capital is raised, the differences in behavior between men and women also result in women's projects surviving longer.

"There are fewer women in the 8200 unit (the IDF high-tech intelligence unit), so they are less connected to the VC investment circles and have a harder time there," says Yaniv Shiryon, ExitValley CEO. "I think that in many cases women who lead an enterprise are naturally very capable. Those who manage to get through the obstacle course of a world that is, unfortunately, still very masculine - are probably very good. Also, women are relatively better able to convey a message, and are able to sell better. The system is online and not a meeting with ten men in a room, making the success rates of women significantly higher. On platforms, the investments are more emotional compared to a cold profit and loss calculation. We do not have any agenda, there is no Affirmative Action here. The simple fact is that women succeed in persuading and telling the story better." 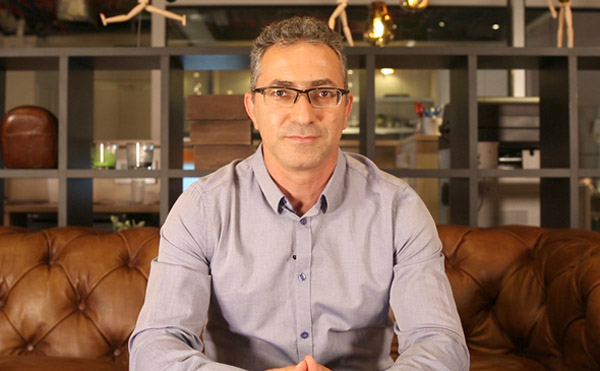 "In conclusion," says Shiryon, "we invite entrepreneurial women to take the leap, to dare, and if they are interested, our door is open."

Nine Great Reasons Why you should start investing in Israeli start-ups
Israeli start-ups from the field of agro-tech and food-tech have raised close to $800 million over the past five years
How to Run a Successful Crowdfunding Campaign
How to Build a Successful Start-up
70 Years – 7 Great Start-ups
The financing rounds, made through the ExitValley platform, are in accordance with a model of statutory exemption from publishing a prospectus pursuant to sections 15A(A)(1) and 15A(A)(7) of the Israeli Securities Law - 1968.
Under this model, the disclosure of detailed information on the company and information about the investment in each round of financing are limited to not more than 35 investors, who are not qualified investors, and the round of financing is not in the format of an offering arrangement ("רכז הצעה"), as defined in the Securities Law.