ExoProTher Medical is an Israeli biotech company, developing a breakthrough bio-therapy that targets 60% of human cancers. The company has achieved strong positive results in pre-clinical trials with no adverse effects.

A First In Class Biological Treatment for 60% of Cancer Cases

ExoProTher’s revolutionary solution - EXO - targets all human cancers with mutation of p53 gene, which is known as “guardian of the genome”. P53 mutation can be found in up to 60% of human cancers regardless of their location in the body. This innovative treatment will help to treat the most aggressive and deadly cancers, including glioblastoma (brain cancer), colon cancer, bladder cancer, ovarian cancer and small cell lung cancer.

Unlike many existing cancer treatments, EXO is non-toxic and did not cause any side effects in experiments conducted so far.

Furthermore, it was effective in preventing metastases during the experiments.

In addition, EXO is synergistic with existing cancer treatments and may be used as combination treatment.

Efficacy of the EXO solution in treating glioblastoma (brain cancer), colon cancer, melanoma (skin cancer) and lung cancer has been proven in a series of laboratory experiments. Subsequently, a preclinical colon cancer study was performed and demonstrated significantly prolonged survival, reduced metastases and none of the adverse effects that commonly accompany most known cancer therapies. A toxicity study has also demonstrated lack of adverse effects even for large doses of EXO.

A Huge and Active Market with Multiple High-Level Acquisition Deals

ExoProTher operates in the cancer bio-therapy market, valued at billions of dollars a year and considered to be the future of oncology therapy. This field of oncology therapies is noted for its multiple acquisitions of early-stage companies. In 2018 alone, ten cancer treatment companies were sold for hundreds of millions to billions of dollars each. Among those Bicycle and Unum Therapeutics, which were acquired while in preclinical stages. Furthermore, while ExoProTher targets About 60% of human cancers are associated with mutation in the gene encoding p53 protein.

In 2017, ExoProTher filed a patent through one of Israel's leading patent offices, Ehrlich and Fenster Patent Attorneys, covering their core technology. An favorable PCT Review was received, stating that all 45 patent claims were novel and inventive. The claims cover material composition, drug delivery and therapeutic schemes. The patent is now in National Phase in multiple countries.

Cancer is one of the major killers in the world; it accounts for nearly 1 in 6 deaths globally. While billions of dollars are being spent on cancer research, many cancers still do not have a cure, and the number of deaths from cancer is expected to continue rising in years to come. 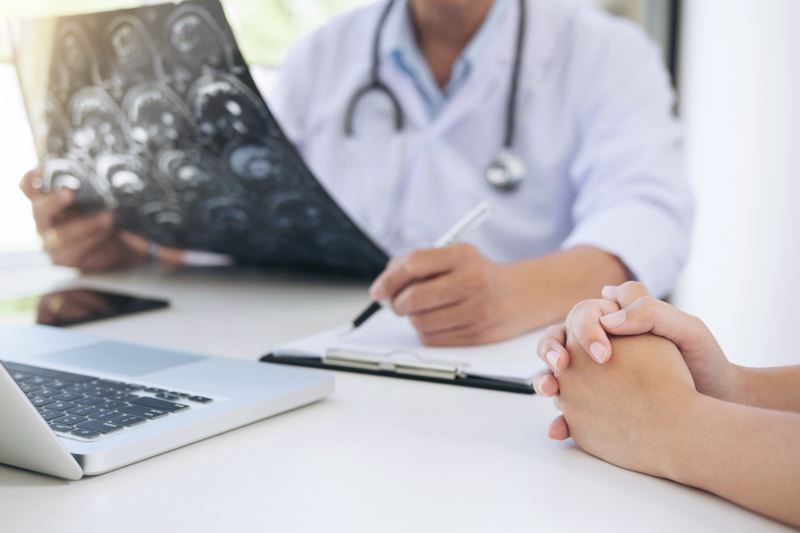 About 60% of human cancers are caused by mutation in the gene encoding p53 protein. This protein is often referred to as ”guardian of the genome”. Damage to this mechanism leads to destruction of a cell's defense mechanism, and thus any further mutation can cause development of malignancy.The importance of p53 function has been known to scientists for decades, and many have tried to provide healthy human p53 to the cancer cells in order to repair the damage.  Still, up to date, no effective way to do so has been found.

Exosomes can easily penetrate the BBB (blood-brain barrier) and deliver treatment for glioblastoma (the deadliest kind of brain cancer) even by inhalation.

Initial indications pursued by the company target the deadliest cancer types with the highest rate of p53 mutation, such as brain cancer, lung cancer and colon cancer. Harnessing Evolution to Fight Cancer: ExoProTher's nano-particles, which are the basis for the treatment, are harvested from tissues where cancer occurrence is extremely low. ExoProTher is, in fact, using an ancient biological mechanism that suppresses cancer development in immediate vicinity of these tissues turning it into a breakthrough systemic treatment applied to any location in the body.

It is important to note that exosomes are non-toxic and not immunogenic (do not trigger an immune response) and, therefore, do not cause side effects. EXO may reduce, and possibly even eliminate, the need for conventional treatments such as radiation and chemotherapy, which are so damaging to the body.

All of this makes ExoProTher's treatment revolutionary and the first of its kind in the world.

ExoProTher will be pursuing breakthrough therapy designation from the FDA and accelerated access to clinical trials. Novel use of native nanoparticles – exosomes - as a vehicle to deliver p53 protein to cancer cells. The idea originates from a newly discovered mechanism that has existed for millions of years  in all vertebrates. It is widely known that malignant mutations can be caused by carcinogens, such as exposure to UV rays (ultraviolet radiation). Approximately 90% of skin cancers appear in sun exposed areas. Surprisingly, cancer development is extremely rare in the eyes, the organ also exposed to UV radiation. It turns out that in some tissues the amount of p53 protein, which prevents cancer development, is extremely high. In addition, in these tissues the p53, along with other tumor suppressors, is packed in exosomes capable of moving from cell to cell. Thus, if p53 in one cell in such tissue is damaged and does not protect it from further mutations, the cell receives healthy p53 from neighboring cells. ExoProTher researchers have proposed a unique way to produce and use exosomes loaded with active and healthy p53 as a breakthrough treatment for the most lethal cancers. 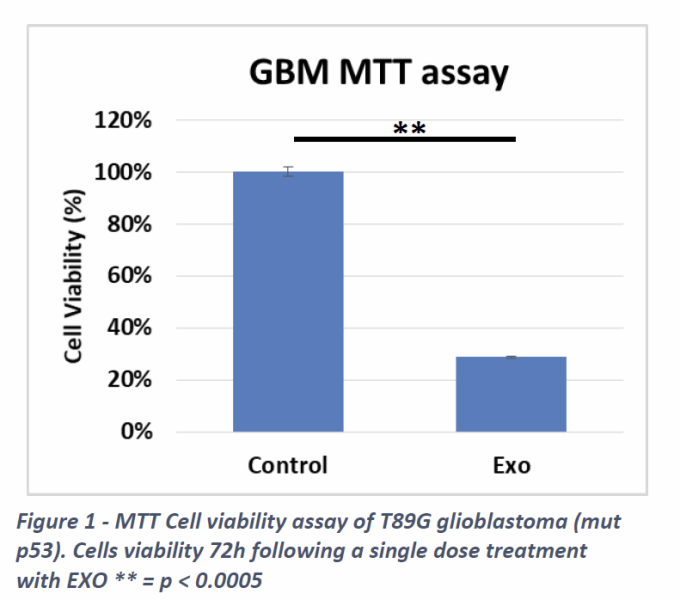 Exosome-based treatment is very attractive due to their native properties:

Recently, the potential of exosomes as an oncology treatment delivery vehicle has been highlighted in a number of visionary papers. The technologies are still in an early stage of development and are being actively pursued by several companies. ExoProTher uniquely benefits from the experience of its scientific advisor, Prof. Daniel Offen, founder of successful cell therapy companies. Prof. Offen contributes expertise in exosome-based treatment accumulated in the field of neurodegenerative diseases.

ExoProTher has established a laboratory that serves as facility for production of the therapeutic material. In the course of preclinical studies the team worked with leading research laboratories in Israel.

Efficacy of the treatment on glioblastoma, colon cancer, melanoma (skin cancer) and lung cancer was demonstrated in laboratory experiments.

After 24 hours, cancer cell death can clearly be seen in the control group, following the delivery of one dose of EXO_002 substance.

ExoProTher completed successful preclinical studies, results of which showed a doubling of life expectancy and reduction in metastases in colon cancer. A toxicity trial was also performed, showing a complete absence of side effects. 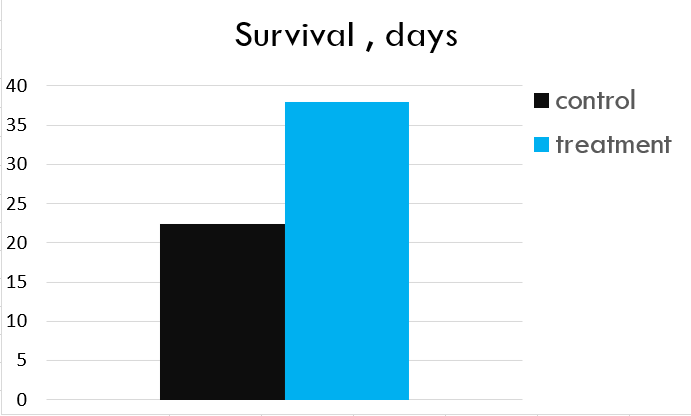