The Future of Service Robotics

Xtend Robotics developed a patent protected robotic technology, with which the company develops modular, customizable service robots for different industries, at a fraction of the time and cost.

The Future of Service Robots: Revolutionary "Lego" Technology that is Customizable to Many Industries, Quickly and Affordably

With a patented “Lego” technology development platform consisting of agnostic common hardware and advanced AI, Xtend Robotics achieves unmatched time to market cost efficiencies—up to 12 months from concept to production—since all company robots share 80% of the same components, regardless of the industry for which they are created. A single robotic base can perform a multitude of tasks in various fields by simply changing and upgrading the modules attached to it.

Significant Partnerships and Pilots which will Increase the Platform's Distribution

Xtend Robotics has signed three MOUs for pilot projects in the upcoming year with three leading medical companies in the United States, which will eventually lead to robot orders. These include Tapestry, Libertana and Regal Care. Furthermore, over 25 healthcare centers and assisted living facilities are looking forward to purchasing the service robots once they are available for sale.

The company has an existing partnership with Sterling, a leading healthcare provider in the US, managed by the biggest experts in the field, and already a major investor in the current funding round.

Leading Xtend Robotics is a team with decades of experience in high-tech developments and electronic initiatives. At the head of the operation is Harry Fox, founder and CEO, a former senior executive at Phillips Corp., founder and CEO of PhoTags, Versaware, amongst others, and whose resume includes countless innovative developments that have entirely changed our technological interface (Multimedia PC, the Samsung "Explorer"…). Furthermore, he has held senior consulting positions at Canon, Sony, Microsoft and Samsung. At his side, CTO Sergh Sapojnikov, whose accomplishments include seven patents and 25 years of experience in product development in the high-tech, robotics, IT and automation spaces. A Patent-Protected Technology that is Sparking the Industry's Interest

The company's patents set its platform apart from the rest of the market, and are sparking major interest by hospitals, healthcare providers and defense industries all over the world. The allowed patents include the first ever robotic development system and modular frame for an intelligent robot, which allows the assembly of robots by combining different modules to significantly reduce production time and cost; AI-based function without the need for internet connection; ability to identify objects and people in a space; robots can be quickly assembled and configured at a retail store level based on the functionality and utility required by individual customers; and a medication dispensing module which can be added to the company's robotic base, which will increase efficiency and prevent human errors. The market for personal service robots has significantly grown in recent years, especially during the pandemic. Awareness of the need for robots within companies to make them safer and more productive is at its highest today. Unlike conventional Robot manufacturers, Xtend Robotics is first and foremost a Robot Technology company, that has developed innovative patented technologies that significantly reduce the time and cost to develop robots and expand the workplaces where robots can be deployed. Thus, the company's technology can be implemented in all robots, to upgrade the robot's performance, lower development costs, and improve efficiency. As a result, all companies with any robotic development are in fact Xtend Robotic's potential customers, as opposed to direct competitors. 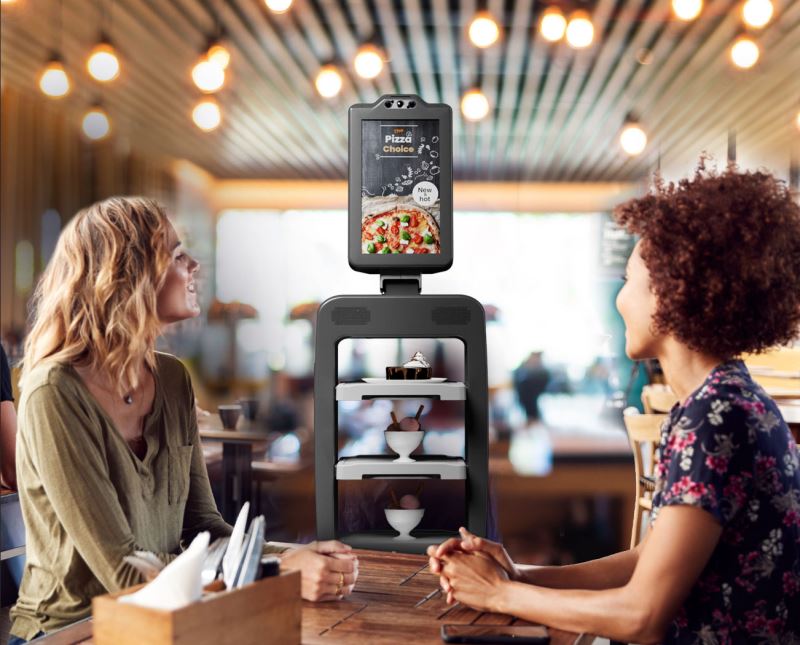 Nowadays, robots are no longer just science fiction and abstract futuristic fantasies, but now play key roles in daily life amongst varied industries. These have improved the efficiency of administrative processes and assembly lines, prevented human errors in healthcare and customer services, and protected secure facilities. The COVID outbreak has also boosted the use of personal service robots, due to the understanding that these can increase productivity and safety in corporations.

With the growing demand for service robots in various industries in order to improve efficiency and accuracy, compensate for the significant shortage in employees and the increase in workforce expenses, many companies are now developing robots that are tailored to a specific industry and meet a specific need. Hence, companies spend a lot of time and money to develop an expensive and niche robot suited to the customer's needs, that is not upgradable over time and cannot initiate actions on its own.

With the first ever fully customizable, highly scalable robotic technological platform that can be easily integrated into the client's existing infrastructure, Xtend Robotics has successfully developed industry-specific robots at a fraction of the time and cost of the usual development process. This is made possible due to the fact that the robots share over 80% of the same elements, regardless of their purpose. The company enables the addition and replacement of modules that are tailored to different industry needs, such as telemedicine, customer service, healthcare services and hospitality, along with unique characteristics that make their robotic infrastructure the most efficient, reliable and comprehensive solution on the market. Xtend Robotic's platform is based on a "Lego" model, by which all robots share the same robotic base and AI technology, along with a modular torso and head that are industry specific. The company's proprietary technology includes the following features: